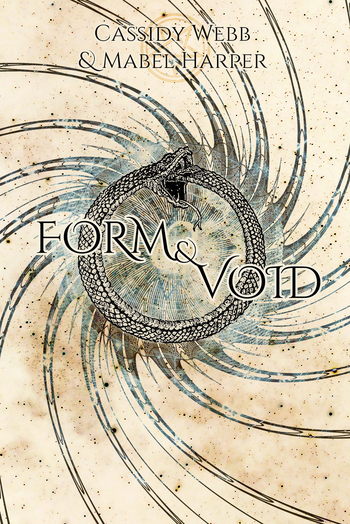 "Welcome to a hidden world that lurks beneath mundane notice, of occult rites and arcane sciences, of relics and divinations, of primeval spirits whose loyalties may be won with the lure of a wand and the threat of a knife."

Form and Void is an ongoing switchblade-and-sorcery web serial, updated weekly and co-written by Cassidy Webb and Mabel Harper.

The story so far follows Caren Navarrete, a factionless "ratcatcher" (a.k.a. Bounty Hunter) who uses a Filipino tradition of magic called agimat, and Ashton Grenville, an alchemist and Martial Magus who works for the enforcement arm of a major magic faction. This Odd Couple pair up to investigate a mass murder perpetrated by a mob of mind-wiped Muggles on the night of the winter solstice in Philadelphia.

Form and Void features action sequences and a detailed Wainscot Society as well as recurring existential themes, with allusions to quantum physics informing the supernatural underpinnings of the setting. It is also notable for its two Transgender protagonists and largely LGBTQ main cast.

This serial contains examples of: