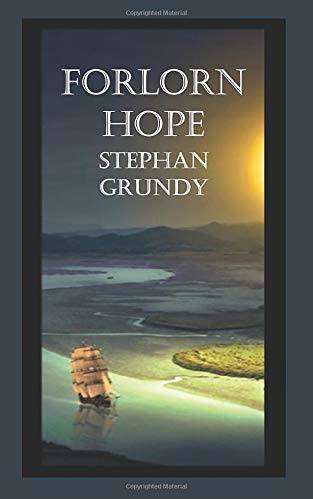 Forlorn Hope is a 2019 fantasy novel by Stephan Grundy. Set in a world equivalent to the 16th century Holy Roman Empire, it focuses upon a company of Landsknechte - the infamous and flamboyant German mercenaries of the time. Specifically, it focuses upon a disenfranchised half-elf nobleman named Wolfram who has had a promising career in the Silver Eagle Landsknecht company, only to be framed for dereliction of duty and condemned to service in the Silver Eagle's Forlorn Hope: a squadron of criminals who are sent on what are essentially suicide missions.

Wolfram's condemnation comes just as the Silver Eagle are hired to serve in a war between two feuding noblemen. Is the conspiracy against him part of some larger plan to undermine the war effort? And can he be sure of his own innocence when he comes from a breed of elves predisposed to violence and treachery? With only an apprentice mage willing to consider that he might be innocent, Wolfram sets out to figure out who betrayed him and why, all while trying to stay alive day by day in the harrowing den of cuthroats that is Forlorn Hope.