Literature / Flight of the Intruder 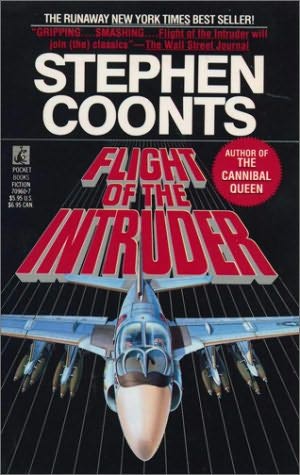 A novel by Stephen Coonts, taking place during The Vietnam War. It follows the exploits of Lieutenant Jake "Cool Hand" Grafton following the death of his Bombadier-Navigator during a pointless air strike. Later turned into a movie.

Tropes of the Intruder: