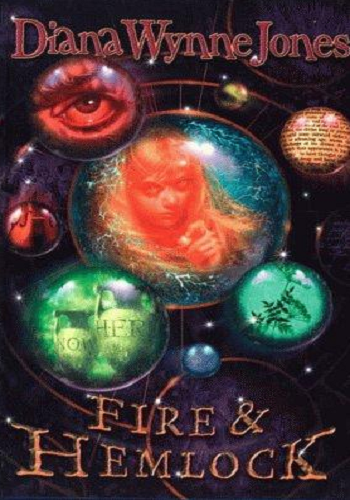 A novel by Diana Wynne Jones, based on the stories of Tam Lin and Thomas the Rhymer, with a 1980s setting.
Advertisement:

While staying at her grandmother's, Polly Whittaker wandered onto the grounds of an old neighbouring mansion, Hunsdon House, and met a man called Thomas Lynn, with whom she struck up a peculiar friendship. Together they created stories in which their alter egos were heroes - but soon things from their imaginary world became real (though not always as expected), and Tom's mysterious relatives persistently badgered Polly to stay away from him.

Now nineteen and preparing to leave for university, Polly has no memories of Tom or anything to do with him. But when she realizes so many bits of her life don't make sense, she slowly uncovers her hidden memories and becomes determined to find out what happened to her friend.