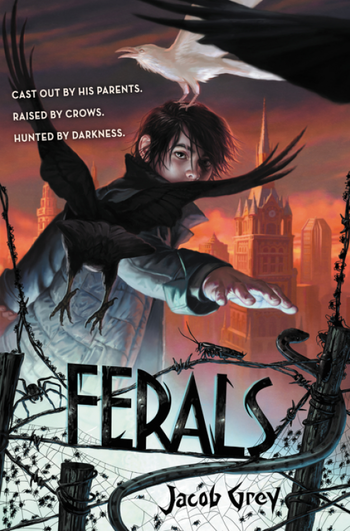 The series is set in the city of Blackstone, a once thriving metropolis now ravaged by crime and corruption. The plot revolves around a 13-year-old orphan named Caw, whose only companions are a murder of crows whom Caw has the uncanny ability to communicate with. After rescuing a girl named Lydia from a vicious attack, Caw discovers that he is a feral—a human who can speak to and control a certain kind of animal. With this revelation, Caw must master his latent abilities to protect Blackstone from renegade ferals, joining forces with other ferals along the way.