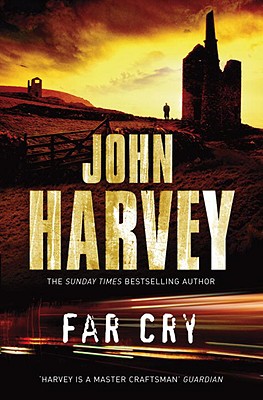 Far Cry is a 2009 crime mystery novel written by John Harvey. Its story is set England and begins chronologically with the death of young Heather Pierce on a holiday trip with her friends. In spite of the most detailed investigation, no evidence has been found to suggest it was anything but accidental. Riven by grief and blaming each other for it, it leads to the divorce of her parents Ruth and Simon.

Nearly two decades later, Ruth has remarried and has another daughter, Beatrice. All seems well, but then tragedy strikes twice with the news of her disappearance. Detectives Will Grayson and Helen are summoned to answer the case. Finally, Mitchell Roberts, a child molester put away by Grayson several years ago, has escaped, and seems anxious for revenge. Will is anxious to prove the link and make it a clear-cut case, but things appear far more complex than he expected…

Has nothing to do with the Far Cry game franchise or the film loosely based on said franchise.