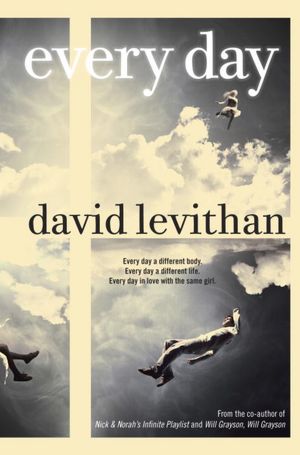 Every day a different body.
Every day a different life.
Every day in love with the same girl.
Every Day is a novel by David Levithan and released in 2012. It focuses on A, who wakes up in a different body every day. A can control them and access their memories, but they're not aware of anything that happens. One day, A wakes up inside of a boy named Justin and meets his girlfriend, Rhiannon. A falls in love with her, causing a bit of a problem.
Advertisement:

A film adaptation was announced in June 2017 and released in February 2018, with Angourie Rice as Rhiannon.

Every Day provides examples of: