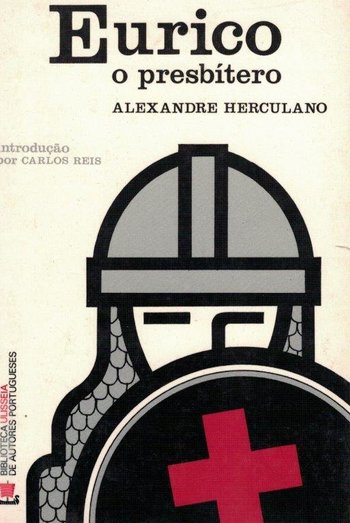 Portuguese cover of the book
Advertisement:

Eurico, the Presbyter (or Eurico, o Presbítero in its original language) is a Historical Fiction Chivalric Romance by Portuguese writer Alexander Herculano in 1844. Set during the dying days of the Visigothic Kingdom of Hispania, our protagonist Eurico is a heartbroken knight who has become a priest to alleviate the refusal to marry his beloved Hermengarda by her father. However, as the Umayyad conquest of the Iberian Penisula begins, he is thrust into action by taking a mysterious identity as the Black Knight to liberate his land and save Hermengarda.

The story depicts how Iberian penisula fell under Arabic control with the most significant events like the death of King Roderic in battle with the Arabs and the victory at Covadonga being based in real life, only observed or participated by Eurico. While the main protagonist is entirely fictional, most of the cast are historical figures associated with that particular period or slightly renamed or changed, such as Hermengarda who is based on Pelagius' sister whose name is lost to history and her historicity is questionable.