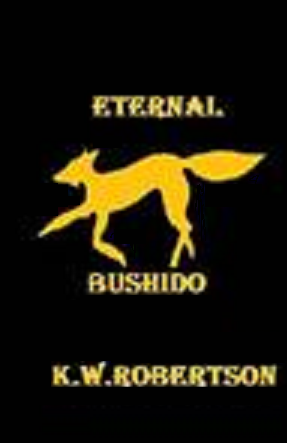 It is the year 1205 post collapse of the Inkarea calender, and the Vestigian empire, after surviving a devastating rebellion that killed half of its population, has undergone 21 years of relative peace. However, this is threatened when Asha's home is attacked. She has no choice but to rely on a stranger to bring her home's attackers to justice, and to find her family. Little did she know, the events that followed would risk a civil war that would engulf the entire Empire of Vestigia, nor that she would learn that she wasn't alone. That she would learn just what she was. Welcome to a world of blood and death. Of political strife and power. And above all, honour. Eternity commences.

Eternal Bushido is an ongoing online Wuxia/ Low Fantasy web serial novel written by K. W. Robertson and follows several POV characters. It is set in the fictional setting of Vestigia, and begins with the destruction of a small village named Folking. Asha must rely on The Stoic Keiya Morita to bring her home's attackers to justice.

Meanwhile, Keiya's comrades slowly make their way through the Empire, having several adventures as they go.