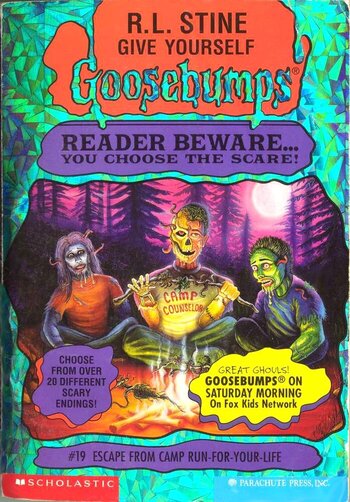 The Give Yourself Goosebumps book where you go to camp.
Advertisement:

"You" get dropped off at the wrong sports camp, and made to pick one of two special paths — an athletic competition, or a wilderness hike. Both are dangerous though, and now you must survive aliens, zombies and killer animals.