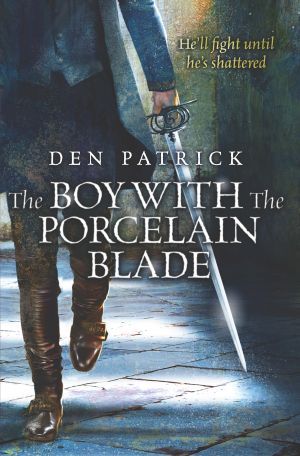 The Erebus Sequence is a Fantasy trilogy by British author Den Patrick.
Advertisement:

Landfall, the setting of the trilogy, has a culture resembling that of Italy during The Renaissance — which is where its inhabitants originally came from, though it's now isolated in a world of its own. The story revolves around Demesne, a huge castle in which power and prestige is contested by several powerful noble houses — each of which has its own function in society (military, trade, etc.) The king himself is never seen, and some doubt he exists. Commoners tend to suffer.

Amidst all this are the Orfani, people of uncertain parentage who each have some form of mutation or deformity. They're supposed to serve the realm, but are widely disliked and distrusted, and tend to be thought of as tools to be kept at arm's length. Each of the three books focuses on a different Orfani character as they get tangled up in the politics of the Demesne and the drive to reform it. The protagonist of first book, Lucien, aspires to join the military-orientated noble House but gets caught up in the mystery of exactly what's going on with the King. The protagonists of the two books which follow, Dino and Anea, are friends of Lucien who have to deal with the changed situation that he created, because that the situation isn't nearly as resolved as he had hoped.