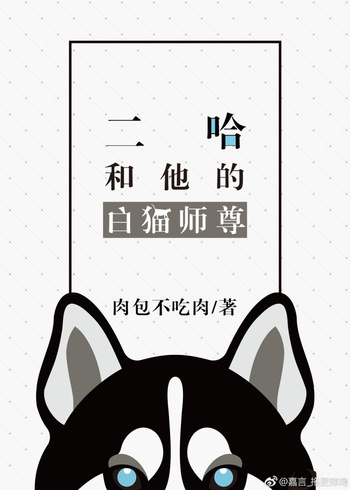 Mo Ran felt that taking Chu Wanning as his master was a mistake.
His Shizun was just so similar to a cat, while he was like a silly dog.
Dogs and cats were biologically different. The silly dog hadn’t originally intended to put his furry paws out towards that cat.
He originally thought that dogs should be with dogs, like his senior brother, who was beautiful and docile, like a cute Japanese Spitz. They would look so good together.

But after dying and coming back to life, after living two lifetimes, the one he’d brought back to his den both times was that snow-white kitty Shizun that he didn’t even have his eye on at first.

Aka The Husky and His White Cat Shizun.

The Husky and His White Cat Shizun

Emperor of the cultivation world Mo Weiyu deceived elders and slaughtered ancestors, and committed all crimes and sins known to man. After ending his own life he was reborn and transmigrated to the year he first became a disciple.

In the shell of a boy held the soul of the old and weary. After coming back to life, truth after truths that were hidden below the surface in the previous life floated to the top and broke through the waters one after the other.

Of all the revelations, the one that stunned him the most was the Shizun he hated to the bone in his previous life had always been protecting him from the shadows.

The heart of man could change, even demons and monsters could become compassionate and good. Only, he had sinned deeply. Could the blood on his hands ever be cleansed?

Immortality, a Live-Action Adaptation, will air in 2021.

The Husky and His White Cat Shizun contains examples of: