Literature / End of the Line 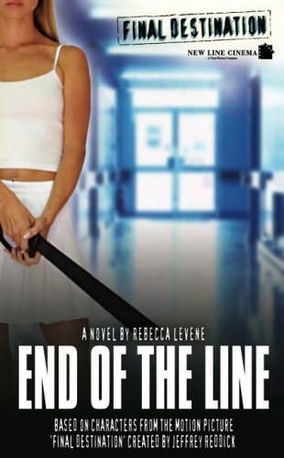 Nobody rides for free and these kids are going to pay with their lives! No one cheats Death.

Final Destination: End of the Line is a novel by Rebecca Levene released in 2005 and the third Black Flame spin-off book.

A group of international students are expecting to live the wild life on a cultural exchange trip to New York, but soon find themselves the only survivors of a horrific subway crash. A young doctor treating the victims tells the students that they were meant to have died in the wreck but they just dismiss it as an idle fantasy. When the group start dying in bizarre and grotesque ways, it slowly becomes apparent that darker forces are at play.

End of the Line contains tropes such as: