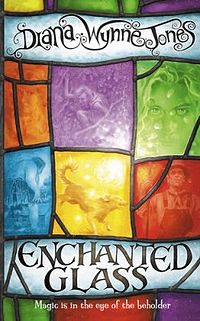 A novel by British author Diana Wynne Jones. Professor Andrew Hope has inherited his grandfather's estate, along with his field-of-care. Thing is, he can't seem to remember all the advice his grandfather used to give him about how he was supposed to do that. Not only that, but he has to put up with Mrs. Stock, the housekeeper, who cooks hardly delightful dinners every time he does anything in the house such as arranging furniture. To make things even more complicated, 12 year old orphan Aidan Cain shows up on his doorstep, and he's being hunted.
Advertisement:

The novel was published in April 2010 and it was intended for an audience of 9-12 years of age.