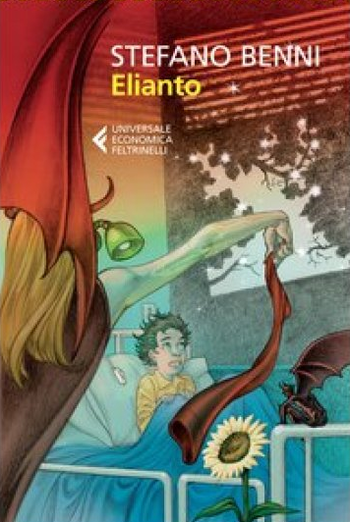 Elianto is a 1996 novel written by Stefano Benni, one of the wittiest and most famous writers in Italy, whose works were also translated in other languages
Advertisement:

The story is set in "Tristalia" (a crapsack parody of 1996 Italy), where the "Nova Repubblica" is ruled by the 20 presidents (parodies of various Italians politicians and actors) and the all knowing Zentrum. The various free Counties must win certain "challenges" with the government of the Nova Repubblica in order to keep their independence. However, the champion of County Eight, Elianto is currently recovered because of a mysterious illness called the "Sweet Plague". However, he can dream of mysterious worlds which can be reached with a mysterious "Nootic" Map.

In this background, the book follows the stories of three groups of people who must venture these worlds: