Literature / Eddie and the Gang with No Name 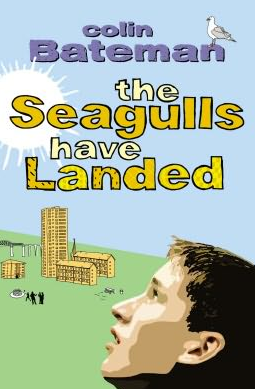 ]Eddie and the Gang With No Name is a Young Adult's literature trilogy written by Irish novel writer Colin Bateman. It consists of the novels Reservoir Pups (2003), Bring Me the Head of Oliver Plunkett (2004), and The Seagulls have Landed (2005).
Advertisement:

The story revolves around the exploits of a boy named Eddie Malone, who moves to Belfast, Ireland after his father leaves his mother and runs off with someone else (nicknamed Spaghetti Legs by Eddie). His new home is in an apartment complex next to the hospital where his mother works as a nurse. Here he has numerous run-ins with the local omnipresent gang called The Reservoir Pups. His main adventures consist of rescuing kidnapped babies, retrieving the preserved heads of long-deceased saints, and much more.