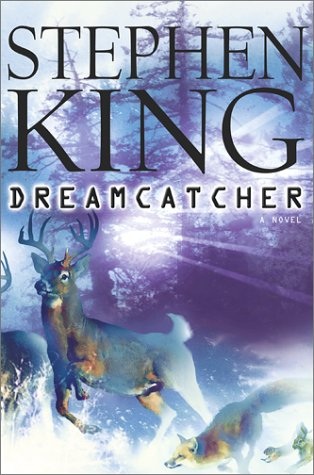 Dreamcatcher is a 2001 novel written by Stephen King.

Gary Ambrose "Jonesy" Jones, Pete Moore, Joe "Beaver" Clarendon and Henry Devlin are four lifelong friends. As kids, they saved Douglas "Duddits" Cavell, a boy with Down syndrome, from a group of bullies. Upon doing so, Duddits bestows the boys with telepathic powers.

As adults, they go on an annual hunting trip where they come across a delirious stranger talking about lights in the sky. It becomes revealed that he's infected by an alien parasite. The army arrives led by the psychotic Colonel Abraham Kurtz who puts the area under quarantine. As the infection develops, the plot thickens.

The novel provide examples of:

The film version has examples of: