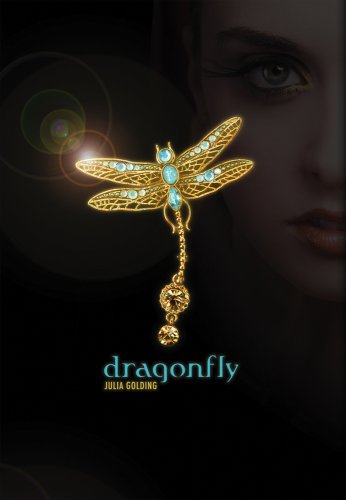 Dragonfly is a 2008 Adventure novel written by Julia Golding, who has written other children books including the series "Companion Quartret".

The story takes place in the setting of The Known World as two countries, The Crescent Islands and Gerfal, unite their kingdoms to form an alliance so they can take down the force of Fergox Spearthrower, a warlord from Holt that has already conquest Brigard and is planning on doing the same to the countries. By forming this alliance, Prince Ramil ac Burinholt from Gerfal and Princess Taoshira “Tashi” of the Fourth Crown Princess from The Crescent Islands are arranged to be married.

But Ramil and Tashi aren’t really thrilled about being betrothed and can’t stand each other due to their different culture backgrounds (and as Ramil later finds out, Tashi was chosen as a Princess as opposed of being a part of a royal family). When Tashi travelled from the Crescent Islands to Gerfal to meet Ramil and his father King Lagan, Ramil made her upset by showing the crumbled paper dragonfly that the she had made for him as a sign of her trust (his friend Lord Usk put it in his pocket so he can give it to him).

To make up for the crumbled paper dragonfly incident, Ramil takes Tashi out for horseback riding when the King noticed her fondness for horses. After an argument, Tashi storms off back to the kingdom and Ramil tries to follow her only to get trapped in a bag. Next thing he knew he’s in a cage with a white tiger chained to a corner, and to his surprise he finds that the girl in the corner is Tashi. They’ve been kidnapped.

Can Tashi and Ramil overcome on what is at stake for them on their adventure, and most of all, can they put aside their differences and help each other? Or would it just make them hate each other more?