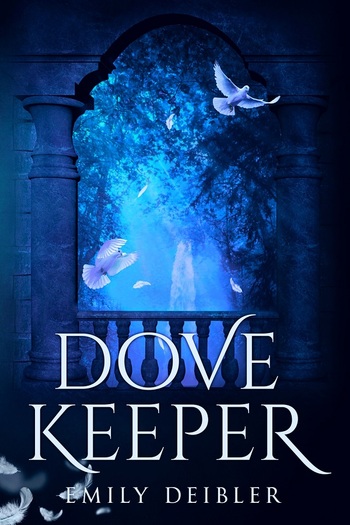 "Some of them are there, yes, in the dove room, kept locked up and safe. They’re sensitive birds."
"When her husband returned home from work, Rosalie asked who he killed."
Advertisement:

Some doors are best left closed.

World War I. Rennes, France. Children have been disappearing in the town, and everyone is on edge. As tensions run high both in the world and at home, thirteen-year-old Marcy, the executioner's overprotected daughter, desperately craves companionship and latches onto the first person she meets after her home life becomes maddening.

However, when Marcy visits her mysterious friend's creepy manor and curiosity takes over, she discovers that things aren't quite what they seem. Everyone acts oddly, from the reticent servants to the outgoing but traumatized master of the house, Jehanne's father.

Meanwhile, the story also follows Marcy's plucky (if a tad oblivious) new friend Jehanne as the events at the manor grow stranger, and Rosalie, Marcy's reclusive mother, as she struggles to overcome trauma and keep her family together—and alive.

In the vein of Crimson Peak, The Bloody Chamber, and The Others (2001), Dove Keeper is a Gothic Horror novel with undercurrents of the fairy tale "Bluebeard."