Literature / Dogs of the Drowned City 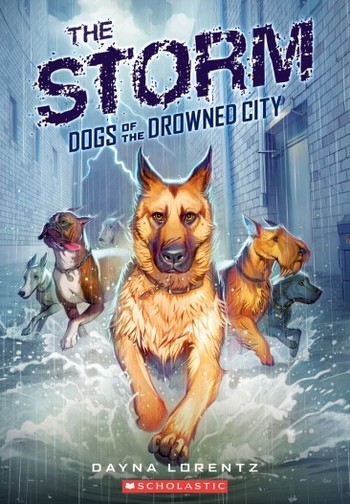 Dogs of the Drowned City is a book trilogy written by Dayna Lorentz in 2012, the same year that two other apocalypse dog series were published.

Shep is a German shepherd living a good life as a pet in Miami, Florida, playing with his Boy and his best friend Zeus the boxer. But one day, the humans evacuate when a hurricane is on its way, and Shep and many other dogs are left by themselves. When Shep and another dog named Callie escape and explore the city, they realize that other dogs need their help. They eventually help these dogs, and they have to brave many dangers like wild dogs, alligators, and the storm itself.

The three books in the series are The Storm, The Pack, and The Return, all published within a month of each other.

Dogs of the Drowned City provides examples of: