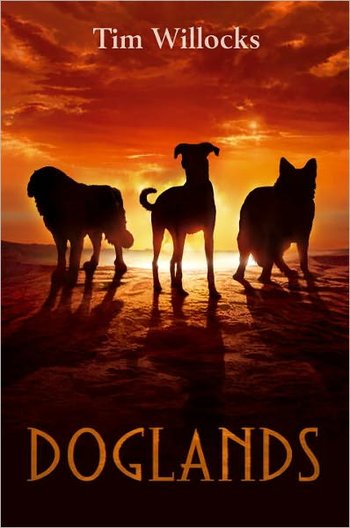 Live without a collar, and every man will turn his hand against you.
A free dog never dies. He only moves on.
Advertisement:

Doglands is a 2011 novel by Tim Willocks. It's about a greyhound mix as he searches for his father and tries to save his family.

Furgul is a puppy born in a racing greyhound compound dubbed "Dedbone's Hole" by the other dogs. It gets its name from its inhumane condition. The dogs are kept in small crates whenever they're not racing, they're not given enough food, and they're beaten by their masters. When Furgul is old enough, his mother tells him a secret: he and his sisters aren't greyhounds. They're lurchers from their father's side. They won't be able to live at Dedbone's Hole for much longer. Soon the masters will realize that they're mixed and "take them away".