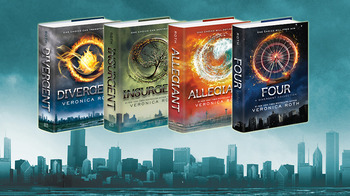 In a dystopian Chicago, society is divided into five factions, each dedicated to the cultivation of a different personality trait:

Every year, sixteen-year olds must select a faction to be a member of for the rest of their life, lest they become factionless. Beatrice "Tris" Prior grew up in Abnegation, unable to think of herself. But when she takes an aptitude test to decide what faction she fits in the most, her result is that she is a Divergent, qualifying for more than one faction. Therefore, she rejects her heritage and joins Dauntless, renaming herself Tris. As she takes the highly competitive initiation test, the conflict that threatens to rip apart the society gradually unravels before her.

A series of film adaptations of the books was also released from 2014 to 2016, although it was ultimately left unfinished. It stars Shailene Woodley, Theo James, Kate Winslet, Jai Courtney, Zoë Kravitz, Ashley Judd, Naomi Watts, Miles Teller, Ansel Elgort, Ray Stevenson, Mekhi Phifer and Maggie Q. The first book's adaptation was released on March 21, 2014. The second book's adaptation, The Divergent Series: Insurgent, was released on March 20, 2015. The third book was divided into two films — the first part, The Divergent Series: Allegiant, was released on March 18, 2016; the second part, Ascendant, was slated for a 2017 release, but Allegiant's disappointing commercial and critical response threw it into Development Hell, eventually leading to it being cancelled. 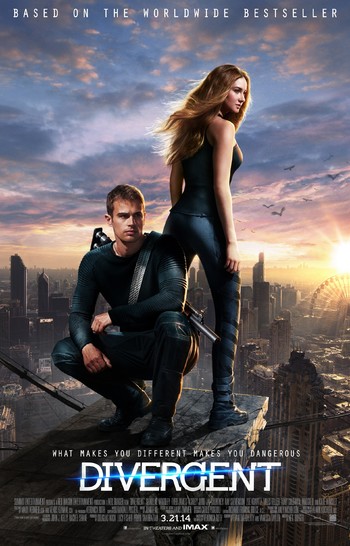 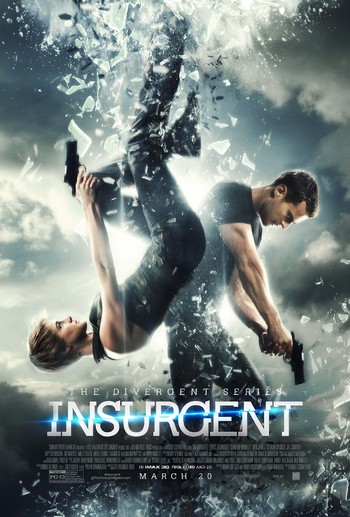 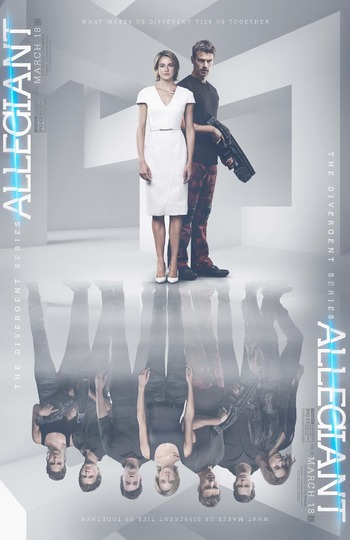 "The factions system is a living being composed of cells; all of you. And the only way it can survive and thrive is for each of you to claim your rightful place. The future belongs to those who know where they belong."