Literature / Diana Tregarde
aka: Children Of The Night 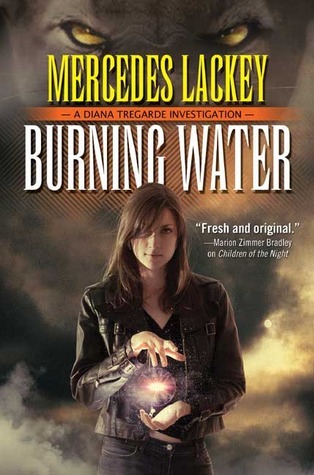 The Diana Tregarde series is a set of three Urban Fantasy novels by Mercedes Lackey. The primary character in all three is Diana herself, a romance novelist who is also a magical defender called a Guardian.

Jinx High is set after Burning Water. Diana visits Jenks, Oklahoma,note a suburb of Tulsa officially to run a writing seminar for an advanced English class at the local high school. Her real reason is to investigate a string of unusual events, that seem to be focused on the son of a close friend.

The anthology book Trio of Sorcery features "Arcanum 101." This story goes back to Diana Tregarde's college days, her first semester at Harvard. But of course she is a Guardian, and nothing is ever simple for a Guardian, not even what her neighbors are up to. This story came out in 2010 and contains numerous discrepancies in continuity with the books, such as the absence of several characters previously mentioned as having met Di in college. The e-book Magic 101 consists of this story and the short story "Witching Hour."

There are several other short stories: two published in the 'Best of' collections for Marion Zimmer Bradley's fantasy magazine—one is a pilot version of Diana and Andre's first meeting in Children of the Night, and the other is "Satanic, Versus," a hysterically funny crossover with the RPG Stalking the Night Fantastic (with permission of the game's author). Another short story, "Killer Byte," was also published in the magazine, currently available separately only as an e-book.