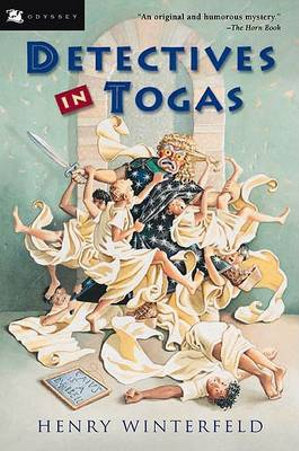 Detectives in Togas (in Germany known as Caius, der Lausbub aus dem alten Rom - Caius the brat from Ancient Rome) is a 1953 children's book by Henry Winterfeld, who was born in Germany but emigrated to America. It's about the Ancient Rome adventures of seven preteen boys (all of them sons of senators) who visit (and constitute) the prestigious school of the old Greek teacher Xanthos.

Compare The Roman Mysteries, a later series with a similar premise but a more diverse cast.