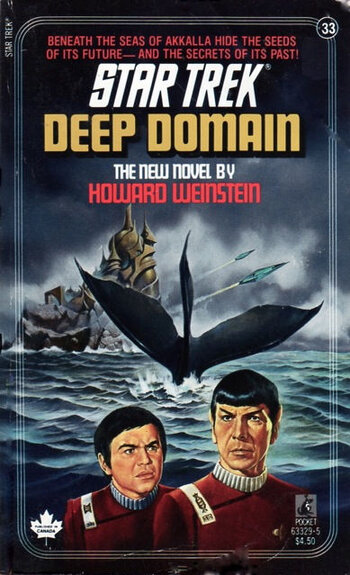 A Star Trek: The Original Series novel by Howard Weinstein that has the Enterprise going to a water planet called Akkalla and the mission becomes a desperate search for Spock and Chekov that pits Kirk against a corrupt government.