This page contains unmarked spoilers for Knights of the Old Republic. 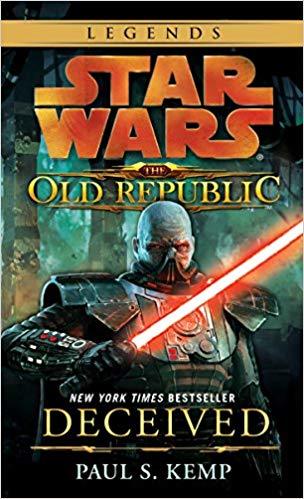 Deceived is a Star Wars Legends novel by Paul S Kemp, author of Crosscurrent, Riptide, and Lords of the Sith. It was released on March 22, 2011. It takes place during the events of Star Wars: The Old Republic.

Though in their defense, the other Jedi probably thought this, as the Sith are well known for their use of deception. But since the Supreme Chancellor is the governing body of the Republic, not the Jedi, they likely had little choice in the matter. Their job was to simply secure a smooth peace summit, and hope for the best.