Literature / Death of the Senses 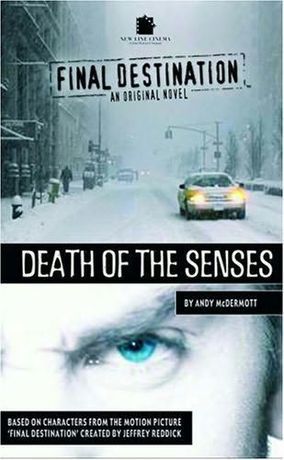 Final Destination: Death of the Senses is a novel by Andy McDermott, released and then pulled by Black Flame in 2006. It was, due to a printing error, only available for a short period of time before being recalled, leaving only a few copies in circulation.

When Jack Curtis has a horrific vision one snowy night, his actions save the life of young policewoman Amy Tom from a brutal psychopath and more people besides. However, the man was supposed to have embarked on a deranged killing spree and now Death is several bodies short. As Death begins to balance his books, Jack and Amy must race to warn all of the intended victims before Death collects his due.

Death of the Senses contains tropes such as: