Literature / Death Is My Trade 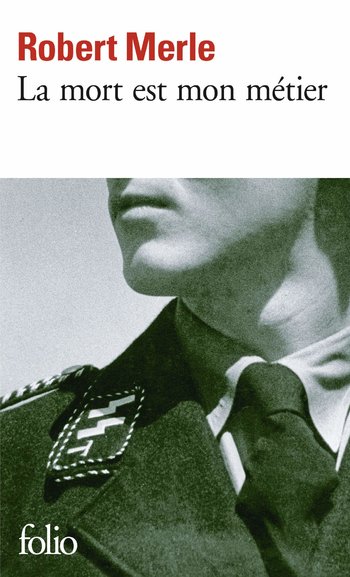 Death is my Trade (La mort est mon métier in French) is a fictionalized biographical novel by French author Robert Merle, published in 1952. It is based on the memoirs of the commandant of the Auschwitz death camp during World War II, Rudolf Höß.

Rudolf Lang is a young man living in Germany, with a very strict that wants him to become a priest to expy his own "sins". However during an accident involving a friend, Rudolf thinks that his priest betrayed his confession (which he didn't) and thus loses faith. Following that, he finds a new purpose in the army, enlisting during World War I. Once the war ends, being no longer needed, Rudolf falls into a spring of depression, until he joins the newly founded Nazi party, giving him a sense of purpose at last.

Death Is My Trade provides examples of the following tropes: