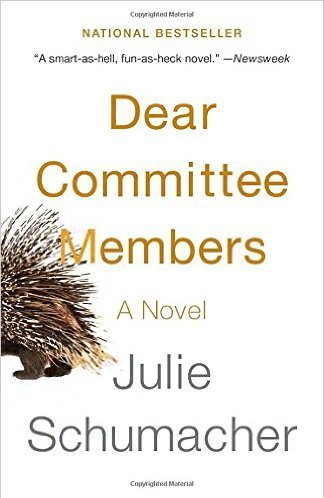 Dear Committee Members is a 2014 Epistolary Novel by Julie Schumacher, told entirely through letters of recommendation written by beleaguered professor Jason T. Fitger of the Departments of Creative Writing and English at the unfortunately and aptly named Payne University somewhere in the Midwest. The novel is a Take That! to the world of the academy, particularly in the humanities and liberal arts, and covers such ground as department infighting, building construction, clueless students, administrative favoritism, and the particularly dry and formulaic genre of writing that is the letter of recommendation.