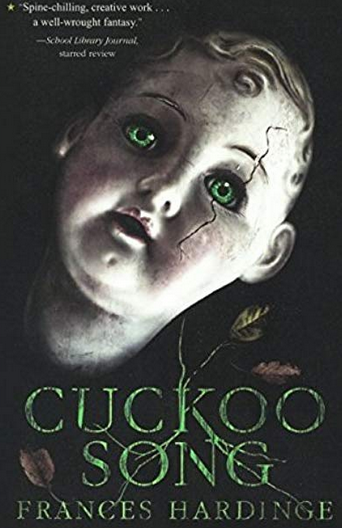 Theresa Crescent, or Triss for short, seems to have recovered after her accident with the Grimmer - whatever it has entailed. All should be well. Except nothing is. Chunks of her memory are missing, she suffers from unsatiable hunger, her little sister is scared witless of her and her parents seem to have a couple of secrets of their own. Her own dolls threaten her verbally, scissors attack her physically and there's a mysterious voice in her head that counts down the seven days that she has left every morning. Worst of all, however hard she tries, she cannot remember what has happened on that fateful day when she stumbled home from the Grimmer, wet, trembling, helpless and in possession of none of her memories. But does she really want to remember?
Advertisement:

Cuckoo Song is the sixth novel by the British children's author Frances Hardinge.

Tropes found in this novel include: