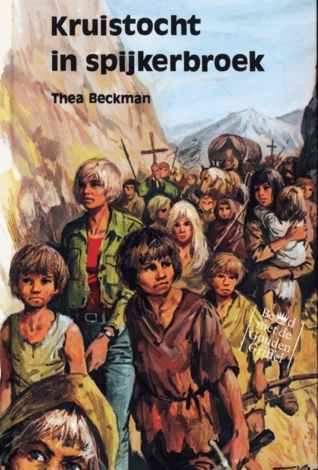 Kruistocht in Spijkerbroek, known in English as Crusade in Jeans, is a Dutch children's book written by Thea Beckman featuring the child crusade from 1212.

Rudolf "Dolf" Wega is a volunteer for an experiment with a time machine, which sends him to the thirteenth century. However, he misses his opportunity to return, and gets stranded. This leads him to go along with a child crusade, led by shepherds boy Nicolaas, of whom everyone believes will lead to children to Jeruzalem by splitting the sea in Genua like Mozes. Nicolaas is supported by the monks Dom Anselmus and Dom Johannes.

Using twentieth century knowledge, Dolf tries to help out, causing him to make both friends and enemies.

A film version with the same title was made in 2006.