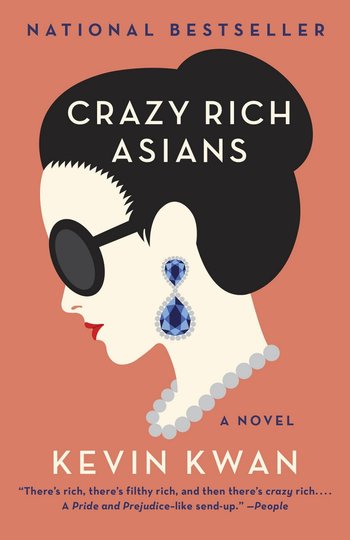 Crazy Rich Asians is a trilogy beginning with the 2013 best seller novel by Kevin Kwan.

Chinese-American Rachel Chu has been dating her boyfriend, Chinese-Singaporean Nicholas Young for almost two years. When he invites her home to Singapore for his best friend's wedding and to "spend the rest of the summer bumming around Asia," the last thing she expects is that Nick's family is rich—ridiculously rich. And since his best friend, Colin Khoo (the most eligible bachelor in Asia) is getting married, the title (read: target) has officially moved to Nick.

A film adaptation was released in August 2018. It is directed by Jon M. Chu, and stars Constance Wu and Michelle Yeoh.