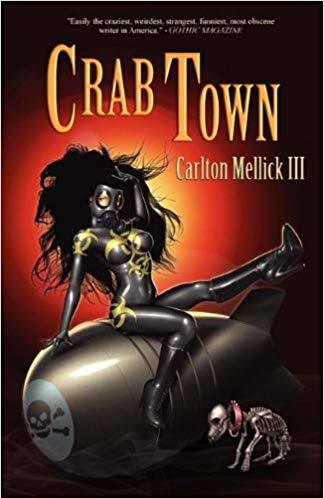 In this town, everyone's a bottom feeder...

Five desperate criminals are robbing one of the last remaining banks in Freedom City, a town devastated by the previous nuclear war. But these are no ordinary criminals. They are members of the House of Cards, an organization designed to help the less fortunate citizens of the city. In a place where the poor are separated from the rich, jobs are as scarce as clean water, and even the doctors are as corrupt as the politicians, the House of Cards are a final beacon of hope in an otherwise hopeless world.

Featuring: radiation fetishists, balloon people, mutant crabs, sail-bike road warriors, and a love affair between a woman and an H-Bomb. This is one mean asshole of a city.

Crab Town is a work of Bizarro Fiction by Carlton Mellick III.