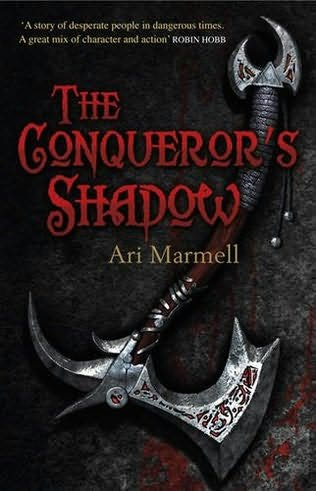 Once, he was the most feared man in all of Imphallion. Clad in an enchanted suit of black armor, wielding the legendary demon-forged axe Sunder, channeling the mystic power of one of the lords of Hell, and standing at the head of an army of ruthless mercenaries, savage ogres, and psychotic gnomes, the Terror of the East swept across the land, destroying all who opposed him. But then, just at the very moment of his triumph, when all of Imphallion seemed within his grasp, Corvis Rebaine simply vanished, leaving his army to fall into disarray and taking with him only a single hostage, the young noblewoman Tyannon.

Almost 20 years later, in a remote village far from the cities he once sacked, Corvis and Tyannon live together happily as husband and wife, tending their small farm and raising their two children. But their domestic bliss soon finds itself shaken by the rise of a new threat to the nation: Audriss the Serpent, a ruthless warlord who has accumulated weapons, allies, and powers startlingly like Corvis's own and seems to be following the former conqueror's plans of decades past to the letter. And when a roving patrol of Audriss's troops abducts his daughter, Corvis knows that he cannot sit by from the sidelines.

Donning once more the skull helm that he had vowed to set aside forever, Corvis Rebaine sets out to reassemble the coterie upon which he built his short-lived empire — the cunning ogre Davro, the cannibalistic witch Seilloah, and the bound demon lord Khanda — and turn them, this time, not to conquering Imphallion but to rescuing it from Audriss's foul plot. But can he save a nation that still views him as its greatest villain? And, perhaps more importantly, can he save himself from the dark impulses that once made him every inch the man they fear?

A Dark Fantasy series by Ari Marmell, previously best known as a freelance RPG writer and the author of several tie-in novels to Magic: The Gathering. The series marks his first published work in an original setting. The first entry in the series, The Conqueror's Shadow, was published in 2010. A sequel, The Warlord's Legacy, appeared in 2011.

Both books have been adapted by Graphic Audio.