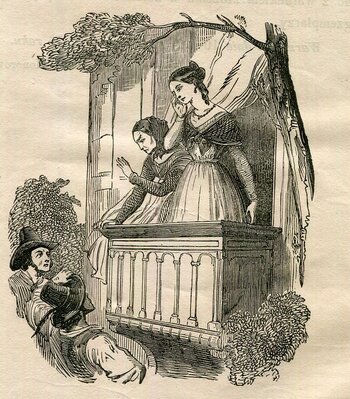 Corrine, ou l'Italie (Corinne, or Italy) is a romantic novel by French author Madame Germaine de Staël, whose publication in 1807 led to the author being exiled from France by Napoleon. Again.

A young Scottish aristocrat, Lord Oswald Nelvil, falls into depression following the death of his father, and sets off on a journey to Italy in an attempt to raise his spirits.

There, he is captivated by the free-spirited and beautiful poet Corinne, but finds himself torn between his love for her and his duty to his father to find a suitable match.