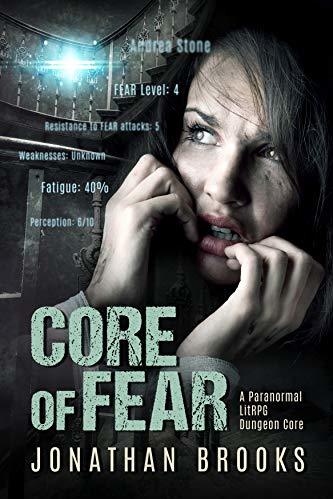 Core of Fear is a 2019 LitRPG Dungeon Core horror novel by Jonathan Brooks. Prolific serial killer Clive Logan is finally caught, executed by lethal injection, and sent to Hell. As it turns out, Clive enjoys the experience a bit too much, and as an alternative, he's put into a "spirit core" to haunt a house and torment its residents, securing their torment, and eventually their souls, for Hell.