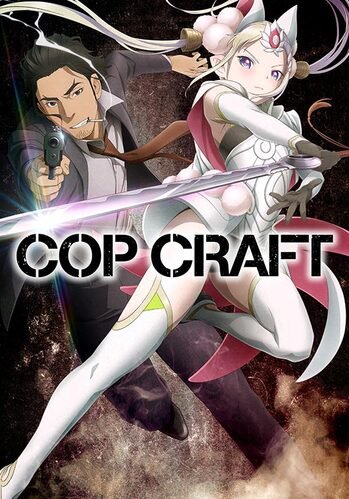 15 years ago, an unknown hyperspace gate opened over the Pacific near Kariaena Island. Beyond this gate lies Reto Semania, a strange alternate world where fairies and demons live. San Teresa City is a city where over two million immigrants live from both worlds. As a result, there are the haves and the have-nots. Here is the world's newest "city of dreams."

But in the shadow of the chaos, crime is rampant: drugs, prostitution, and weapon trafficking. The detectives who stand up to these heinous crimes are in the San Teresa City Police. When the detective Kei Matoba and the alternate-world knight Tilarna Exedilica — two individuals who differ in gender, personality, and even world of origin — meet, an incident erupts.

A Police Procedural with a fantasy twist written by Shoji Gatoh, the author of Full Metal Panic! and Amagi Brilliant Park and illustrated by Range Murata of Last Exile fame, seven volumes have been written starting 2009. An animated adaptation directed by Shin Itagaki of Berserk (2016) fame premiered on July 8, 2019, with a dub made by Funimation released on July 22, 2019.