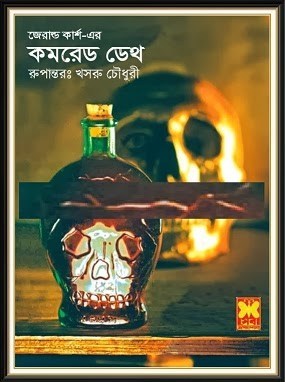 "He has become a universal provider in the realms of the macabre. He endows hospitals and asylums, and fills them up. Not only does he build orphanages: he even provides the orphans."
Advertisement:

Hector Sarek is an early 20th century professional salesman who once sold tractors and plows. His company bought by the Kreiger weapons firm, he starts a new career as a professional arms dealer. Despite ridicule from his first customer and his "friends", Cosima and Janos, he makes a critically important sale of the newly developed machine gun by stealing the demonstration from a competitor. His career builds and he makes quite a name for himself, eventually becoming the head of Krieger, now the world's only weapons company.

Forty years later, Sarek is a bitter, old, and very evil man with far too much power, wealth, and worse yet, respect. The most terrible aspect of World War I, chemical weapons, have been embraced by Sarek and Krieger sinks its monumental wealth into research and development. The story reaches its horrifying conclusion as Sarek meets to discuss business with the Dictator, Herr Feuerbauch...