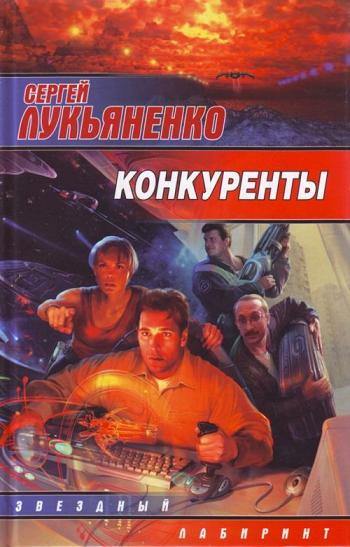 Competitors (Конкуренты, Konkurenty) is a Science Fiction novel by the popular Russian sci-fi and fantasy author Sergey Lukyanenko. The novel starts in modern-day Moscow involving a freelance journalist named Valentin Safonov and then diverges into two parallel storylines: one continues in Moscow, and the other picks up on a Space Station in an unknown star system. The chapters alternate the perspective of the protagonist, who has been duplicated far away from home by means of unknown alien technology. Both versions of the protagonist seek to discover what is going on and why people are being sent to live and die far from Earth with no way back.Valentin is told to log-on to www.starquake.ru

to keep tabs on his duplicate in space, which is a Real Life Flash-based MMORPG.