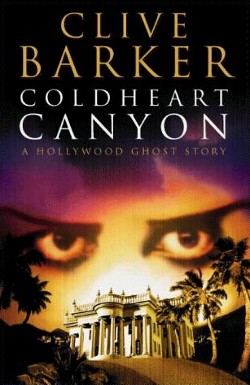 A novel written by Clive Barker, Coldheart Canyon centers around a failing action star who goes in for plastic surgery in an attempt to revitalize his career. The surgery goes wrong, and he winds up badly disfigured, and needs to take time off to recuperate. He buys the former home of Katya Lupi, a Hollywood actress from The Roaring '20s to stay in while he recovers, but soon finds much more than he bargained for.

Definitely one of Barker's more sexual works, but also contains a great deal of supernatural and horror elements.