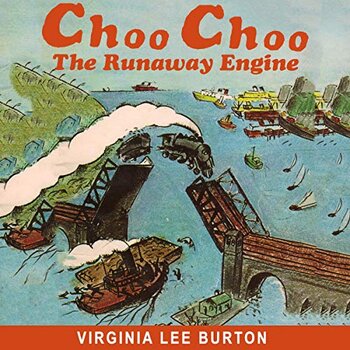 The story of a little engine who ran away.

Choo Choo is a steam locomotive who, every day, pulls a line of coaches from one station through the country, to the big station of the big city. She has an engineer named Jim, and a fireman named Oley. And each day, the conductor of her trains, Archibald, makes sure she's always on time.