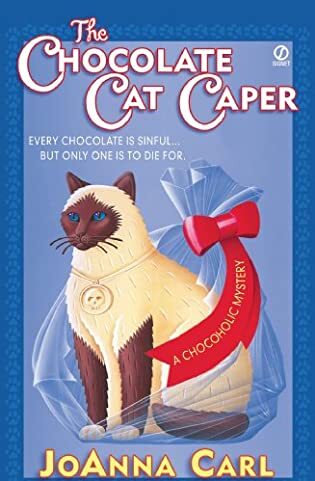 Chocoholic Mysteries is an armchair/amateur sleuth/Cozy Mystery series by Eve K. Sandstrom under the pen name JoAnna Carl. It features Lee McKinney, debuting at age sixteen in a short story, and then reintroduced in the first novel as a 28-year-old who's abandoned her marriage to a man who saw her as little more than a trophy wife and moved from Texas to the resort town of Warner Pier, Michigan, where she works as the bookkeeper at her Aunt Jeanette "Nettie" TenHuis's chocolate shop, TenHuis Chocolade (the name is pronounced Ten-hice). However, her new life comes with unwanted surprises as she finds herself stumbling onto murder mysteries.