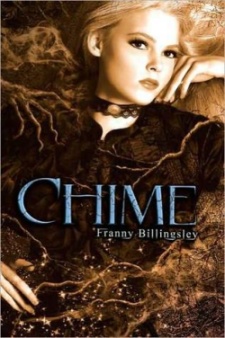 Believe me: Nothing in my story will absolve me of guilt. It will only prove what I’ve already told you, which is that I’m wicked.
Advertisement:

A 2011 young adult novel by Franny Billingsley. The story centers around Briony Larkin, a self-proclaimed witch who's convinced she's "wicked." Why? Because years ago, in a fit of jealousy and "witchy rage," she conjured up a wind to knock her sister Rose off of a swing and onto a very hard rock and therefore caused Rose's, um, odd character. Meanwhile, there's a swamp cough going around (deadly 100% of the time), the nearby swamp is being drained, Briony's stepmother is recently deceased, and college dropout Eldric moves in. There's also a lot of "Old Ones" running about ... you know, witches, Boggy Muns, dead hands, Dark Muses, brownies, and the like. All of which Briony can see and talk to. Because she's a witch. Which she already told you, so why do you keep forgetting? Do you not believe her or something?