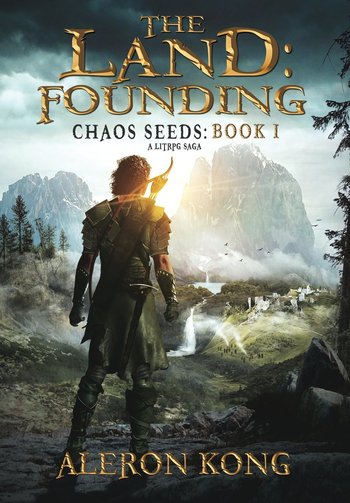 "Do you embrace a life of adventure and danger, love and betrayal, power and wonder?"
Advertisement:

Chaos Seeds is a LitRPG series by Aleron Kong.

In the middle of playing his favorite MMORPG, James is tricked into being transported into "The Land", the world of the game itself - or rather, the realm that the game was based on. Unbeknownst to him, he is one of the first "Chaos Seeds" in The Land: a human with chaos in his very soul, who may hold the power to destroy the world itself and unleash powerful forces that have been imprisoned for millenia.

Renaming himself Richter, he adapts to life in the new, harsh world. Everything he does has a consequence, for good or for ill, and he has the potential to become one of the most powerful beings in The Land. His exploits do not go unnoticed, however, and as he begins to forge his own kingdom, making both friends and enemies, he must decide what sort of person he wants to be, and make choices that may determine the very future of The Land.