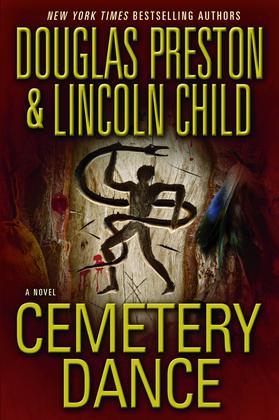 Cemetery Dance is a novel by Douglas Preston and Lincoln Child first published in 2009. It is part of their informal Agent Pendergast series.
Advertisement:

When a dear friend is murdered, Pendergast must put together the pieces to bring the perpetrator to justice. But while it first appears to be an open and shut case, things become complicated when the accused murderer turns out to have been dead for ten days before committing the crime. Strange fetishes, voodoo spells, and rumors of animal sacrifices leads Pendergast and D'Agosta on a journey into dark magic, zombiis and cults as they search for the truth behind their friend's death.