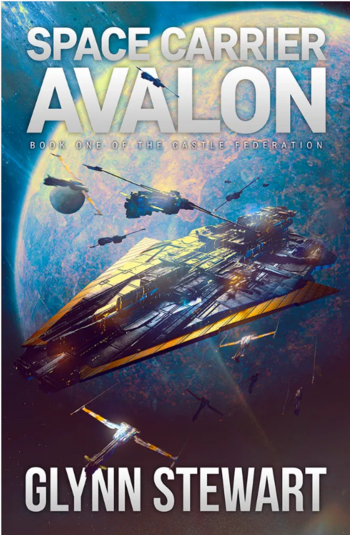 The Castle Federation Universe is a Military Science Fiction series by Glynn Stewart. The main six book series is set around the adventures of Kyle Roberts and a variety of side characters. The primary conflict is the Free Alliance of Stars trying to not be absorbed into the Terran Commonwealth, who believe humanity should be unified under their flag.

The series is called by its author a Transhumanist Space Opera and is set in the year 2735 Earth Standard Meridian Date/Time.

And a novella, A Question of Faith, set before the main books following a different main character.