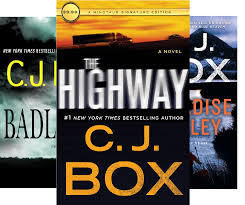 Cassie Dewell is the protagonist of a series of mystery novels by author C.J. Box.

At the series’ beginning, Cassie Dewell is introduced as a single mother living in Montana and an ex-rookie partner of an ex-police investigator named Cody Hoyt. With the progress of the plots, it is seen that Cassie Dewell moves to North Dakota and takes up a new job in North Dakota’s sheriff’s department. Cassie all her investigating skills to hunt down the criminals in her new work place.

The first four novels form a linked set known as The Highway Quartet.

The TV series Big Sky is an adaptation of The Highway.