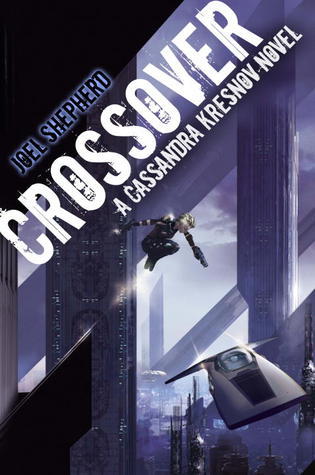 Cassandra Kresnov is a GI, a Ridiculously Human Gynoid created by the League government as a Super Soldier for its war with the Federation. At war's end she escaped the League to avoid retirement and began living as a human in the cosmopolitan city Tanusha on the Federation world Callay. She was happy and having fun, but then she's discovered by the Federation Intelligence Agency, kidnapped, and vivisected to gain intelligence on League GIs. Fortunately for Sandy, the FIA safehouse is raided by a SWAT Team from the planetary police responding to a kidnapping. After being put back together and then proving her morals by helping foil the assassination of the governor of Callay, Sandy joins SWAT and begins working as a government agent, all the while dealing with threats such as FIA agents who want her skin (literally) and with the League government, which wants her back on their side.

The series began as a trilogy at the Turn of the Millennium, went on hiatus for several years while Shepherd worked on A Trial of Blood and Steel, then a sequel trilogy came out in The New '10s. In order of publication: