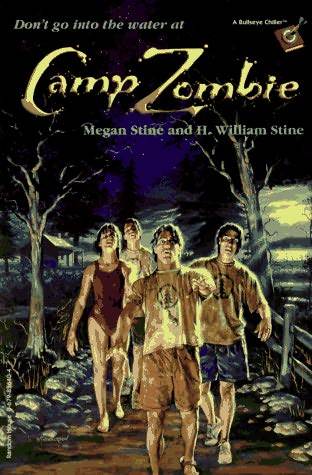 A camp for the living dead... Camp Zombie and its sequels were written by Megan Stine and H William Stine.
Advertisement:

Camp Zombie stars Corey and Amanda as they head off to summer camp at Camp Harvest Moon, a place with a reputedly checkered past. About a day into the camp, strange events began to occur at. What is going on? Is it pranks performed by the other campers, or is it something more sinister?

In the sequel Camp Zombie: The Second Summer Corey and Amanda have to save their cousin Griffen after he finds himself dropped off at summer camp by his parents and eventually realizes it is the place he's heard his cousins refer to as Camp Zombie.