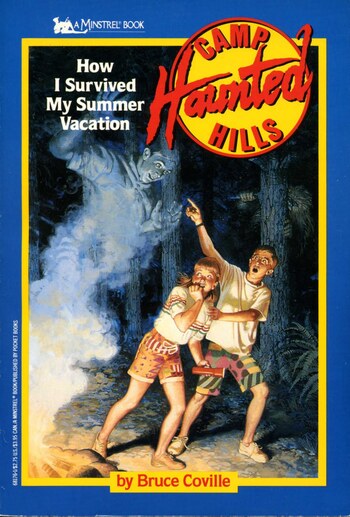 Camp Haunted Hills is a trilogy of humorous science-fiction/fantasy books by Bruce Coville and released from 1988 to 1990 by Pocket Books (a division of Simon & Schuster) under their Minstrel Books imprint. The books follow eleven-year-old Stuart Glassman, who discovers his favorite movie director has opened a summer camp for kids who want to learn how to make movies, and immediately signs up. Little does he expect that by summer's end, he'll have been kidnapped by a sasquatch, chased by a mummy, and menaced by a room full of monsters.
Advertisement: